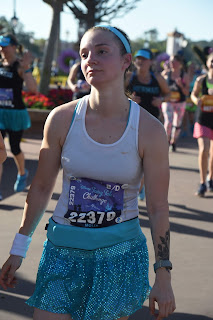 It is almost time for the Disney Princess Half Marathon weekend.  That is the weekend each year where Daughter and I run a 10K on Saturday and a half marathon on Sunday.  I love to run, so I train for the races.  Daughter hates running with a passion, so she runs almost not at all prior to the big day.  Yes, she is a talented personal trainer, but aerobics is not her thing.  The running part of the weekend usually goes great on Saturday, but on Sunday, my baby is dragging.  She is miserable.  She hurts, she complains about running, and she does the race anyway. One of us usually gets sick afterward from the stress on our bodies.   Every year.  She posted Friday on Facebook that Princess Weekend is her favorite weekend of the year, bar none.  How can that be? She gets up before dawn on two days of our four day weekend to do the thing she absolutely despises and which makes her body hurt.  How can this weekend be her favorite?  Easy.  First, she runs it with me.  It's not that I am the best running companion, and in fact, I get a little aggressive at those people who don't follow the rules.  It's that we do it together. Second, we have made it our thing.  We meet the characters and get our pictures taken.  She out kicks me to the finish line every time.  Funny thing is, it's only been our thing for 6 years, and one year she couldn't run and we both missed doing it together.  Third, we spend the weekend with family.  Now to many people, that might not be a plus, but to us it is.  We get to spend time with my Mom, which we always love and try to do often.  We also spend time with my aunt and cousins, and that we only usually do at Christmastime.  I don't know about you, but as much as I love the holidays, they are a bit hectic and stressful, so it's nice to spend some down time with those folks. Fourth, we are at our favorite place - Disney World.  Even though we only go to the parks one day of the weekend, we usually do something special.  Disney wants everyone to have a magical vacation, and it feels good to be in a happy place, especially with people we love.  Finally, we know that none of the above would actually happen if we didn't have these particular races to run every single year.  That alone makes all the pain and physical misery worth it for her.

I had breakfast with a friend from the Trenches today, and we were talking about divorce.  She was saying how it really bothered her that so many of us in the Trenches only focus on the negative aspects of divorce.  We both recognize that there are plenty of negatives.  There are, however, a lot of positives as well.  For so many people, divorce represents a new beginning.  It is a time to reinvent themselves.  It is a time to configure the family relationship into one they always wanted but didn't have.  It is a time to start over and do things differently the second time.  As we talked, I thought a lot about so many of my clients over the years.  What I thought was that there were quite a few people who were unable to see anything positive coming from their divorce.  The majority, however, recognized that it was better to live life with someone who wanted to be with you rather than someone who didn't, and who saw, as time went on,  opportunities rising from their divorce which would never have happened had they remained with their spouse. They became the parent they wanted to be; their spouse became a better parent.  They were able to shift gears and do things their spouse never wanted and explore other interests.  They could take their life in a whole different direction.  Yes, divorce sucks.   Realizing your marriage has ended is awful.  The process is painful and time consuming.  The emotional toll on you and your family is immense.  The process itself is miserable.  The entire experience of uncoupling doesn't have to be negative.  Divorce can bring with it new opportunities that would never have presented themselves otherwise and new chances to do better and different as life moves on to a new chapter.   I know it's hard to think that way when you're in the midst of the process, but I hope you will save the idea some space and explore it once you're done.  It's how Daughter thinks Princess weekend is her favorite of the year.  Here in the Trenches.
Posted by karenrobbinslist@aol.com at 3:23 PM No comments:

Valentine's Day Gifts From Here in the Trenches 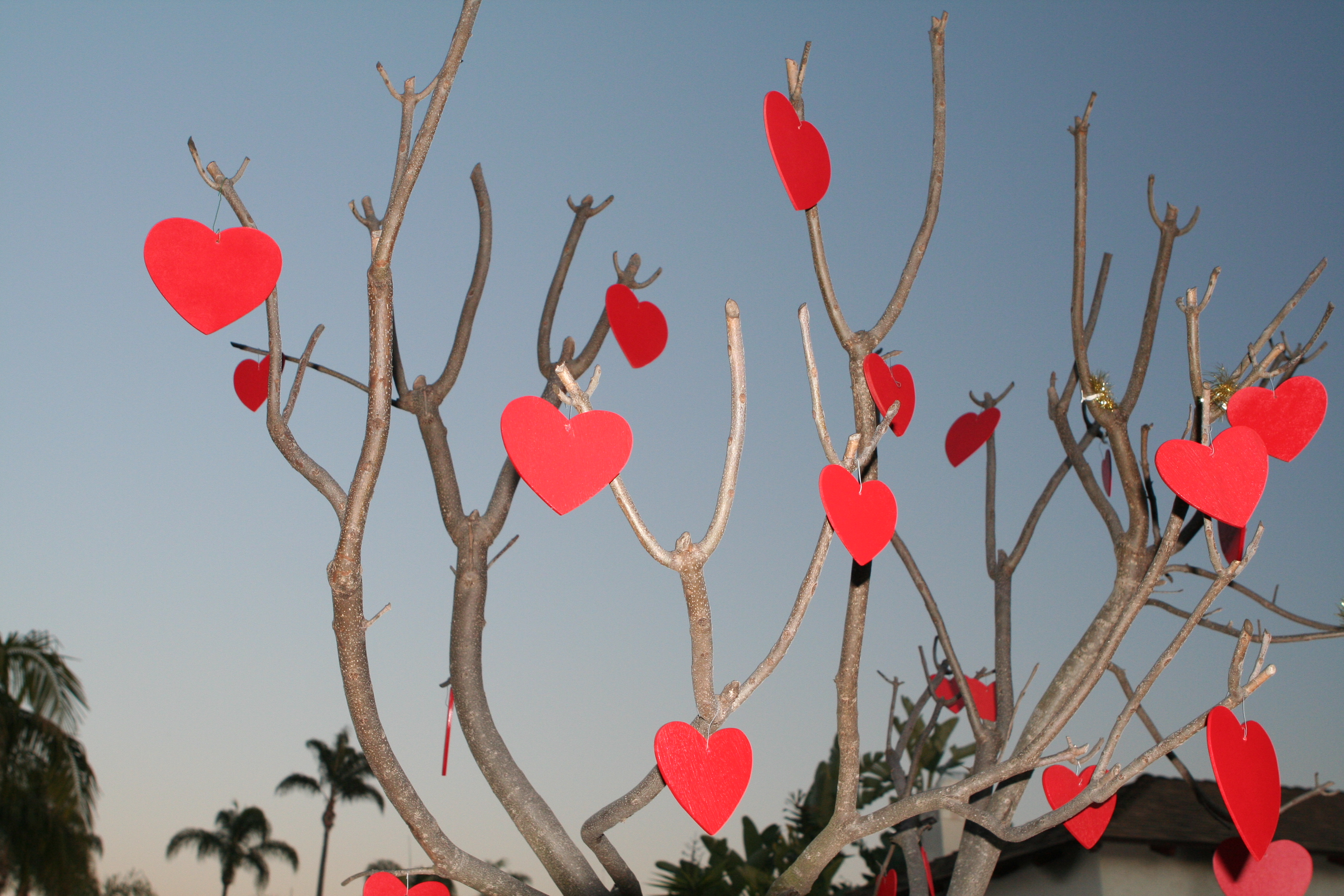 Valentine's Day is this week.  What are you going to get your beloved?  For most people, flowers, cards, chocolates and a nice dinner are thought of as lovely gifts.  Although those are nice, those are not the gifts those of us in the Trenches would like you to get this holiday.  Here are a few of my favorite Valentine's Day gifts.  I'm warning you, they're not sexy, but they will go a long way to keeping you out of my office.

1.  A deep discussion about finances.  OK, you want to buy something to go with that, I understand.  How about a book like Official Money Guide for Couples?  Don't just hand it to your significant other; have a conversation around money.  Anyone who works here in the Trenches will tell you that most of the people we see never talk about money.  They don't discuss whether their accounts should be joint or separate.  They don't talk about debt and how each of them feels about it (much less how much debt each of them has) and paying for it.  They don't talk about expectations for their financial future:  will one of them stay home with the children; how will they feel if one of them earns more that the other; what happens if one of them has to relocate for work?  What will you do if you don't agree (and maybe you already don't)?

2.  As you gaze at your sweetie over the candles at dinner, it's also time to talk about children.  Do you want them?  When is the right time?  How many?  What if you can't get pregnant easily?  What about IVF and adoption?  What if your child is seriously ill or disabled in some way?  What religion will they be, and how religious?  How will the two of you divide the caregiving duties?  Who will care for the children when you're not home?  What are your views on discipline?  Maybe you could watch "Parenthood" together and talk about the episodes?  Here is where you can buy the complete boxed series.

3.  You've heard of Gary Chapman's The Five Love Languages?  What about his other book, Things I Wish I'd Known Before We Got Married?  If you're thinking of popping the question, there's no better conversation starter.  Don't believe me?  Get War of the Roses or Mrs. Doubtfire instead.

4.  Just put down your cell phone and your iPad and turn off the television.  Most couples talk for less than half an hour a day.  That number decreases as the number of years of marriage increases.  Remember when you used to stay up all night talking?  Remember when deep conversations were a sexual turn on?  This Valentine's Day, give your beloved the gift of you.  You might get lucky.

Posted by karenrobbinslist@aol.com at 5:43 PM No comments: 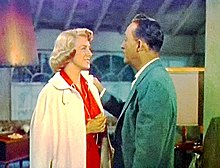 I miss baking my 100 dozen holiday cookies.  I don't miss the stress of making all those cookies. I don't miss how my immune system would get run down.  I don't miss how sick I got each and every year.  I miss watching Christmas movies nonstop for 4 weeks.  Most of all, I miss how my friends came over to help.  I miss the warmth and  camaraderie of having everyone and their daughter here baking cookies in my kitchen with White Christmas playing in the background.  I was reminded of a song from that movie just this week, "Counting Your Blessings."  This past year (and two years before that), the family law section of our local Bar has put on an all-day Symposium.  OK, officially,  it is the family law section, but it really is just two of us from the section who organize and present it. Each of our symposiums has been awarded the state bar association's award for service to the bar.  This year, our local bar decided to present it to me at our annual meeting.  Our annual meeting is not usually well attended, so I expected to receive the award in a mostly empty courtroom.  That was not to be.  Two of my friends from the county down the road made the trip up the road in Washington DC rush hour to be there for me.  One of them isn't even a member of the local bar up the road.  It almost made me cry to have people who cared about me in that courtroom....and absolutely made me count my blessings.

You see, I've had a particularly awful year.  I'm not going to go into details because they aren't really important to this post.  Just trust me on this.  The year has made me count my blessings and my friends.  Just like most of my clients here in the Trenches.  Most of them are having the worst years of their lives.  They've found that not only are they losing their spouse, they're also losing their friends.  It's funny how fair weather most of our friends really are.  Most of my clients come into my office feeling that their life is a series of awards received in an empty room.  They're looking at it all wrong.  I know when everything in your life is going wrong, it's easy to focus on the negative. That's human nature - negative begets negative.  The problem is that when everything in your life is going badly, continuing to focus on the negative just ensures that you stay down.  Sometimes, all it takes to start you toward finding your way out of the darkness is knowing you have one or two friends who will drive up the road in rush hour traffic to see the bar president hand you an award.  It doesn't sound like much, but it's actually everything.  Count your blessings; and you have plenty of them, even if it doesn't seem like it.  Here in the Trenches.
Posted by karenrobbinslist@aol.com at 4:13 PM No comments: