Went to the gym with Dad (and Mom)

and came back to the Trenches
Posted by karenrobbinslist@aol.com at 3:24 PM No comments:

I know it seems strange that when an attorney goes on vacation, she reads legal fiction for fun, but at the end of the day, wouldn't you want a lawyer who likes the law that much?  This vacation, I read John Grisham's The Confession.  If you haven't read it, I commend it to you.  This book, which revolves around the death penalty in Texas, is disturbing.  I love Grisham, yet there were more than a few times I contemplated putting the book down for good.  At the end of it, however, I'm glad I didn't (even though my father ruined exciting parts for me by telling me what was going to happen).  Whether you're for or against the death penalty, this book gives a lot of food for thought.
Speaking of food for thought, Hot Coffee, the HBO documentary about tort reform, featuring the infamous McDonald's hot coffee case, is amazing.  I had known the true facts about the case from my father, also an attorney.  The back story about tort reform, about the case, and about the portrayal of personal injury cases in the United States, is riveting, and more than a little disturbing.  I'm sure if you're reading this blog that you are of above average intelligence (:)), but the way even well-informed individuals have been manipulated by the insurance industry and by big business is deeply troubling.  You will never trust news stories and "public interest" commercials again.
Posted by karenrobbinslist@aol.com at 3:07 PM No comments:

For those of you who are following what's been going on in the Trenches, an update:

The purchase of the Frederick office fell through.
We're still looking, but nothing up at bat, or in the on deck circle.

Our Office Testosterone is DONE with chemotherapy.
He heads back to school next month.

The Boss is training for another marathon ( a half this time),
THEN,

off to present a seminar on informed consent
with her colleague, Bruce Avery,
at the 12th annual IACP Forum.
Posted by karenrobbinslist@aol.com at 2:52 PM No comments:

"Life's but a walking shadow, a poor player that struts and frets his hour upon the stage and then is heard no more;  it is a tale told by an idiot , full of sound and fury, signifying nothing" Macbeth, Act V, Scene V.

I know I've said it before, but I'll say it again:  clients come and go, but an attorney's reputation lives forever.  Not only that, but the attorney with whom you have a case today may very well be on the opposing side of another case down the road.  Attorneys, just like anyone else, have long memories, both for the good and the bad.  Treat me with disrespect today, and you may well live to regret it tomorrow.  You would think most attorneys would get that.  You would think that most attorneys listened to their grandmas when they told them they get more flies with honey than with vinegar.  You would be wrong.  At least a couple of times a year, I am treated to an attorney who seems bent on being unreasonable and nasty.  It just happened again.  An attorney on the other side of a case asked for an extra two weeks to respond to some documents.  We here in the trenches were happy to agree.  Then, he asked for another week, which we gave, and then yet another week.  We said "no."  He responded by demanding that our response to the documents he sent us, and which were not due until 5:00pm today - be provided immediately.  Ours were ready to go out, so no big deal.  But, really?  What did he think that got him?  Less than nothing, because not only will we not give him any slack ever again, but we will also be sure the court knows of his behavior.  Does he really think his behavior helps his client?  I hope he feels better, taking his ball and going home, because he is truly like the quotation from Macbeth:  full of sound and fury, signifying nothing.
Posted by karenrobbinslist@aol.com at 2:46 PM No comments:

What Did You Understand Me to Say?

I LOVE this cartoon, and for a couple of reasons, it's perfect for this blog.  First, you know what I say about attorneys and their clients - they are like dogs and their owners.  Have you ever noticed that people own dogs that resemble them?

The same is true with clients and their attorneys.  A truly successful attorney - client relationship in family law is comprised of a client with an attorney whose philosophy about the practice of law, and the values that are important in life reflect those of the client.  In other words, the dog looks like the owner.
Sorry, but I digress: back to the cartoon.  I love this cartoon because it reminds me that sometimes our audience doesn't understand what we're saying, even though it appears they do.  I'm not talking about the inability to hear because emotions get in the way.  I am talking about true misunderstandings - the type they made slapstick routines about.  Most misunderstandings arise because we make assumptions when we speak.  We assume that because someone is looking at us with rapt attention, they understand what is being said to them.  We assume that because we understand what we're saying, that the listener will as well.  Unfortunately, a lot of the time, the listener hears, "Blah, blah, blah."  I have to remind myself constantly that my clients have never been through a divorce before, so they don't understand our legal jargon, that they come from differing socio-economic and educational backgrounds, both of which affect their understanding, and sometimes, they make their own assumptions while they listen that affect the meaning of the words.  I hesitate to ask clients to repeat what they heard, but it would probably reduce my emails and phone conversations.  So, if I ask you to tell me what you heard, I'm not being condescending; I'm showing I care that you understand.
Posted by karenrobbinslist@aol.com at 3:05 PM No comments: It's better than skipping the sunscreen,

in this heat wave.
Posted by karenrobbinslist@aol.com at 2:24 PM No comments:

The saying goes, you divorce your spouse; you don't divorce your children.  In some ways, that's really not true.  Divorce brings a lot of changes to the parent/child relationship.  Some of those changes can be good:  more one on one time, and a chance for the parent who was not so involved during the marriage to be a better parent.  Others are not so good:  less time, integrating different parenting styles, negotiating holidays, and combining two families' schedules around the schedule of one child.  (Do I even need to mention navigating the mine field that occurs when mom and dad and the extended family all attend the same event?  Talk about stress!)  Some of those changes harm the parent/child relationship severely.  What can parents do to help their children through the divorce period and beyond, so that they become well-adjusted adults?
1.  Encourage a relationship with the other parent.  Not only is this the most important thing parents can do for their children, post divorce, but it is also the hardest.  There are a lot of negative feelings a divorcing couple have toward each other, and the emotionality of the situation makes it difficult to contain those feelings and not give them voice.  Before sharing something less than positive about the other parent, a parent should remember that their child is a combination of both parents.  Children are really aware that they are a combination of both of their parents (Remember all of those times Aunt Milly told them they had their mother's eyes, their father's lips?).  Children internalize those criticisms of their parent as criticisms of themselves.
2.  Don't use the child as a therapist.  Divorcing individuals experience a lot of swirling emotions that they don't understand.  There's also a lot of loneliness.  There's a desire to share those emotions with the people they love and who are around.  In many cases, that's the child.  Parents need to resist that urge and engage a professional to help them cope.  Sharing with the child frightens them, as children see their parents as a constant and as their protector.  If the parent is falling apart on top of the family structure changing, the child sees the stability of their life further eroded.
3.  Don't turn the child into the parent's parent.  Children are not mature enough to handle this; that's why they are not the parent to begin with.  There have been a lot of studies that show the intense negative affect this role reversal has on a child's desire to marry and parent later in life.
4.  Don't expose the child to the conflict between the parents.  Don't argue in front of the children.   Don't use the children as the go-between in disputes.  Refereeing their parents is not the child's job, period.

If you're reading this and have not gone through a divorce, you probably think these are all common sense; they are.  If you are going through a divorce or have in the past, you know how difficult they can be.  It all boils down to one thing - control yourself.  If you can't do it without help, get help.  Your children will thank you now and later.
Posted by karenrobbinslist@aol.com at 2:23 PM No comments:

"Truth is generally the best vindication against slander." 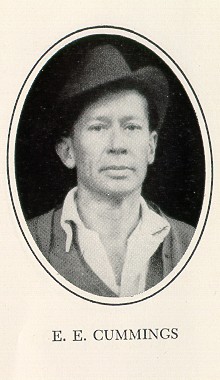 "I'm living so far above my income that we may almost be said to be living apart."

"People demand freedom of speech as compensation for the
freedom of thought that they seldom use." (Soren Kierkegaard)
HAPPY JULY FOURTH!
Posted by karenrobbinslist@aol.com at 7:25 PM No comments: